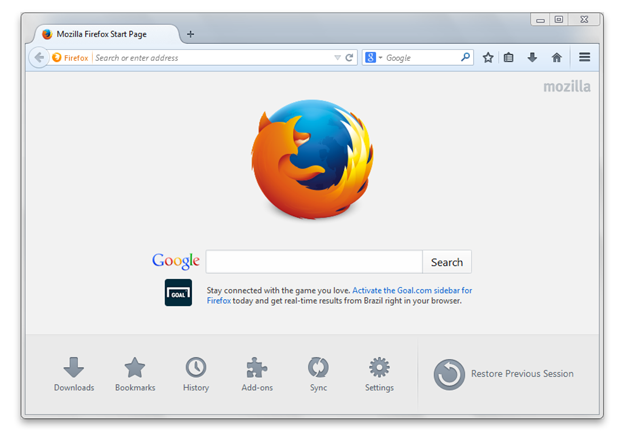 Try them out for yourself!

Here are the try builds we have created. They were built from the official in-tree mozconfigs that we use for the builds running in Buildbot.

Set up your own Windows™ Try tasks

We are porting over all of Mozilla’s CI tasks to TaskCluster, including Windows™ builds and tests.

Currently Windows™ and OS X tasks still run on our legacy Buildbot infrastructure. This is about to change.

In this post, I am going to talk you through how I set up Firefox Desktop builds in TaskCluster on Try. In future, the TaskCluster builds should replace the existing Buildbot builds, even for releases. Getting them running on Try was the first in a long line of many steps.

In TaskCluster, Linux tasks run in a docker container. This doesn’t work on Windows, so we needed a different strategy.

TaskCluster defines the role of a Worker as component that is able to claim tasks from the Queue, execute them, publish artifacts, and report back status to the Queue.

For Linux, we have the Docker Worker. This is the component that takes care of executing Linux tasks inside a docker container. Since everything takes place in a container, consecutive tasks cannot interfere with each other, and you are guaranteed a clean environment.

This year I have been working on the Generic Worker. This takes care of running TaskCluster tasks on other platforms.

For Windows, we have a different isolation strategy: since we cannot yet easily run inside a container, the Generic Worker will create a new Windows user for each task it runs.

This user will have its own home directory, and will not have privileged access to the host OS. This means, it should not be able to make any persistent changes to the host OS that will outlive the lifetime of the task. The user only is able to affect HKEY_CURRENT_USER registry settings, and write to its home folder, which are both purged after task completion.

In other words, although not running in a container, the Generic Worker offers isolation to TaskCluster tasks by virtue of running each task as a different, custom created OS user with limited privileges.

TaskCluster considers a Worker Type as an entity which belongs to a Provisioner, and represents a host environment and hardware context for running one or more Workers. This is the Worker Type that I set up:

Not everybody has permission to create worker types - but there again, you only really need to do this if you are:

If you would like to create a new Worker Type, please contact the taskcluster team on irc.mozilla.org in #taskcluster channel.

The Worker Type above boils down to some AWS hardware specs, and an ImageId ami-db657feb. But where did this come from?

Generating the AMI for the Worker Type

It is a Windows 2012 R2 AMI, and it was generated with this code checked in to the try branch. This is not automatically run, but is checked in for reference purposes.

Here is the code. The first is a script that creates the AMI:

This script works by exploiting the fact that when you spawn a Windows instance in AWS, using one of the AMIs that Amazon provides, you can include a Powershell snippet for additional setup. This gets executed automatically when you spawn the instance.

So we simply spawn an instance, passing through this powershell snippet, and then wait. A LONG time (an hour). And then we snapshot the image, and we have our new AMI. Simple!

Here is the Powershell snippet that it uses:

Hopefully this Powershell script is quite self-explanatory. It installs the required build tool chains for building Firefox Desktop, and then installs the parts it needs for running the Generic Worker on this instance. It sets up some additional config that is needed by the build process, and then takes an initial clone of mozilla-central, as an optimisation, so that future jobs only need to pull changes since the image was created.

The caching strategy is to have a clone of mozilla-central live under C:\gecko, which is updated with an hg pull from mozilla central each time a job runs. Then when a task needs to pull from try, it is only ever a few commits behind, and should pull updates very quickly.

Once we have our AMI created, and we’ve published our Worker Type, we need to submit tasks to get the Provisioner to spawn instances in AWS, and execute our tasks.

The next piece of the puzzle is working out how to get these jobs added to Try. Again, luckily for us, this is just a matter of in-tree config.

For this, most of the magic exists in testing/taskcluster/tasks/builds/firefox_windows_base.yml:

Reading through this, you see that with the exception of knowing the value of a few parameters ({{object_dir}}, {{platform}}, {{arch}}, {{build_type}}, {{mozconfig}}), the full set of steps that a Windows build of Firefox Desktop requires on the Worker Type we created above. In other words, you see the full system setup in the Worker Type definition, and the full set of task steps in this Task Definition - so now you know as much as I do about how to build Firefox Desktop on Windows. It all exists in-tree, and is transparent to developers.

So where do these parameters come from? Well, this is just the base config - we define opt and debug builds for win32 and win64 architectures. These live [here]:

Here I will illustrate just one of them, the win32 debug build config:

This file above has defined those parameters, and provided some more task specific config too, which overlays the base config we saw before.

Incidentally, this then inherits in turn from the root yaml file for all gecko builds (across all gecko platforms):

Getting the new tasks added to Try pushes

This involved adding win32 and win64 as build platforms in testing/taskcluster/tasks/branches/base_job_flags.yml (previsouly taskcluster was not running any tasks for these platforms):

And then associating these new task definitions we just created, to these new build platforms. This is done in testing/taskcluster/tasks/branches/try/job_flags.yml:

The above hopefully has given you a taste for what you can do yourself in TaskCluster, and specifically in Gecko, regarding setting up new jobs. By following this guide, you too should be able to schedule Windows jobs in Taskcluster, including try jobs for Gecko projects.